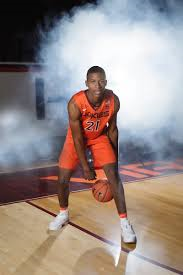 What. A. Win. The Hokies with a new head coach, 5 new starters and littered with youth went down to Clemson and came away with the victory in their first game of the season. Virginia Tech was a 6.5 point underdog coming into the matchup and if you asked just about any expert, it would be a moral victory to keep this competitive. Hokies put the ACC on notice that just because much of their sweet 16 team had left to the NBA or transferred to other teams, they are not a team that will go down easy.

Top Takeaways from the game:

We don’t have many given this massive win and how happy we are with this team, but let’s state a few for discussion.

That’s all we got for tonight, we’ll continue to provide many more insights in the coming days from this big win. While we may not remain first in the ACC all year (like we currently are), this will be a well- coached team that works extremely hard and continues to grow throughout the season. We have a long ways to go and there will be plenty of ups and downs, but let’s enjoy it and get behind this program. Mike Young has this team going in the right direction. H-U-G-E WIN!

This site uses Akismet to reduce spam. Learn how your comment data is processed.